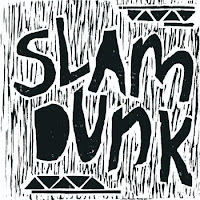 Here’s a free album that flew under my radar lately: The Shivers by Slam Dunk.  I originally read about how these guys were releasing their latest album for free online in two different places, but for some reason filed it away as a March 2011 release (well, the reason is that the “official” release is in March).

It’s available for both free download and free streaming on their Bandcamp website; it’s pretty good!  Very catchy pop/alternative sounds.  From the looks of things, it’s only going to be available for free until the official release date, so snap it up while you can!