I’m back in my comfort zone today, as I have a really great alternative album to review.  And it feels really great to be listening to a good album, because I’ve been sort of reviewing “fringe” genres (at least compared to what I usually try to find).

So what’s up today?  Why, it’s Singleton and their album The High Seas.

I first read about this album on FrostClick; thanks to FrostClick, I didn’t have to do as much research about the band: Singleton is from Kiev, Ukraine, and have been around since 2004.  I actually thought the name “Singleton” sounded familiar, so I instantly searched my music library to see if I had their earlier EP, Storms, on my computer; I didn’t, but it turns out there is a good reason the name “Singleton” sounds so familiar. 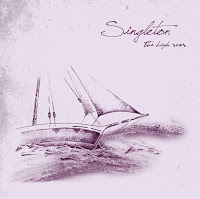 For one thing, FrostClick wrote about them before; for another, so did I!  Back then, they were known as The Singletons.  I originally wrote that they’re from Barcelona, but this latest FrostClick article says they’re from Kiev…so I don’t really know what to believe at this point.  Either way, it doesn’t matter, because the music speaks for itself.

You can still hear a lot of the original influences I mentioned when talking about their EP – a lot of British influences, mainly, but not as much Surf as I noticed before.  I did notice that when I was listening to the album it reminded me a lot of I Am Not Lefthanded’s sound, which is always a good thing.

Check them out when you get a few free minutes – it’s well worth your time.  Oh, and I thought the album artwork was also superb – I always love seeing well-produced album art.

One Reply to “Singleton – The High Seas”